I was at a friend’s house recently exchanging pleasantries with some acquaintances. As it happens my friends have a few photographs I’ve taken of their young daughter framed and displayed about the place, and these have garnered some praise from friends and visitors alike. Being the author of these images and present on the day, there was some inevitable doling out of praise by our acquaintances and the obligatory “oh, it’s nothing” from moi. As always there was one amongst the group who had a bit more than a passing interest in photography and so asked me, quite innocently (as usually tends to be the case), “You take such beautiful photos, what camera do you use?”

I don’t know what it is that causes an ubiquitous, almost knee-jerk reaction amongst dedicated photographers to this question. But on its own the above question will usually slip by harmlessly, and we photogs will simply smile and state what make and type of camera we use and leave it at that. But sometimes a follow-up question shoots forth right on the heels of the previous one – “Do you edit your photos?”

To the more keen observers of human nature there will now appear the tell-tale signs of a dark cloud fleetingly pass over the face of the protagonist. The smile may stay about the lips but will have fallen from the eyes, and you can almost hear the whirring of the mental gears as they struggle with the choice of replies.

I am no different. My reaction to this all-too-often stated query is almost always the same, and those who have seen it before will recognise it instantly. First, the slightly prolonged intake of breath, followed by a couple of seconds (no more) of staring intently at the questioner while trying to decide whether to launch into a full explanation of the nuances of digital post-processing, or revert to the bog-standard spiel reserved for the photographically uninitiated.

On this occasion, I opted for the spiel. “I always shoot in RAW format so I have to post-process all my images, but this allows me to get the best out of them so I think it works for me.”

This short but accurate sentence serves the purpose admirably, because for one thing it does not come off as being pretentious and talking down to the questioner in any way, but it also confuses them enough to (usually) prevent much further questioning. Most people will just mumble, “Oh, I see…” and then finally notice the two-year old who has been tugging at their clothes for the best part of five minutes.

I’ll tell you why this question rankles so much. The first part (“what camera do you use?”) seems to suggest that it is the camera that has enabled the taking of good photographs and not the person wielding it. This is almost always a misconception, because for the most part if you give a non-photographer a high-end camera the result is more than likely going to be worse than if you give them a smartphone. But the second question is the one that will have me whipping out the high-horse faster than you can say f-stop.

Let’s get one thing straight - there is no such thing as an unedited photo, or an unprocessed photo (at least so long as we are talking about digital photography). We could launch into a discussion about how every photo is a manipulation of reality in some way because we choose what to include and what to leave out, but that is another debate. The only unprocessed digital image is a RAW file that a camera captures and stores data in. RAW files are simply image files that certain types of cameras are able to capture and store in memory. These files cannot be displayed in the usual way because only certain types of software can read these files. Each manufacturer uses different code to write it’s RAW files and therefore they have different file extensions - .CR2 for Canon files, .NEF for Nikon, .RAF for Fuji, .ORF for Olympus, etc. Adobe Lightroom is probably the most popular and commonly used software to process RAW files used by photographers, but Photoshop’s camera raw plugin is another.

Only DSLRs and some mirrorless cameras are able to shoot in RAW format though. Most compact cameras and almost all smartphone cameras shoot JPEGs. JPEG is a file format that is extremely widespread and commonly used to display images online and on most computing devices. But the amount of data that can be stored in a JPEG file is relatively small. Most cameras can capture a lot more information than can be put into even the highest quality JPEG file. The camera therefore has to decide what to put in and what to leave out. It decides this based on the camera settings you have set. In full auto mode the camera decides everything. It uses intelligent algorithms to analyse the lighting in the scene and what the subject is, to then decide what the best lens aperture, shutter speed and ISO would be to get an optimal image. If you bother to change the mode to ‘portrait’ or ‘landscape’ or ‘sport’, you are basically telling the camera what type of subject you are shooting so it can make a better informed decision. But whatever you do, the camera is processing the image for you. Or in other words the camera is editing the image for you, sometimes a great deal. Just because you have no idea how or what it is doing does not mean it is not happening. It adjusts contrast, saturation, sharpening, white balance, tonal width, the whole shabang. It does it all to obtain an optimal histogram and then throws away all the excess data it captured to fit everything into a compressed JPEG file and serve it to you on a plate. Or screen, as it were.

Speaking of serving, the analogy to fast food is the one I like best. You walk into McDonalds and you have a few options in front of you. You pick the one you want and it is made for you, in practically no time. You have no idea how it was made or what went into it (do you, really?) but you get it and you like the taste so all’s well (your typical smartphone shooter). Some people like to have a bit more input into what they eat so they might go to a restaurant where they know how they source their ingredients and what goes into the food. They also have greater choice (DSLR owners who shoot in manual mode but still use JPEG output). Other people (the numbers are dwindling here) like to make their own food – they source their own ingredients, combine them in exactly the proportion they want and add precisely the right amount of spices and seasoning according to their own taste (the photographer who shoots in RAW and post-processes his/her own images).

Now the question is, which category do you belong to? Personally I like to eat home-cooked food, and I also like to process my own images. It gives me the greatest creative control and lets me impart my own vision and interpretation. I can see the appeal of the odd Big Mac, but it’s not my staple.

So, would you suggest that home-cooked food is cheating? Or that it doesn’t truly represent ‘real food’? Do you believe that a KFC bargain bucket is the epitome of culinary delight? I hope not. And if not, then why apply the same illogical arguments to photography? Please, let’s stop passing off our fast food as nutritious and start embracing the painstakingly processed and crafted images of dedicated photographers as nourishment for the soul. 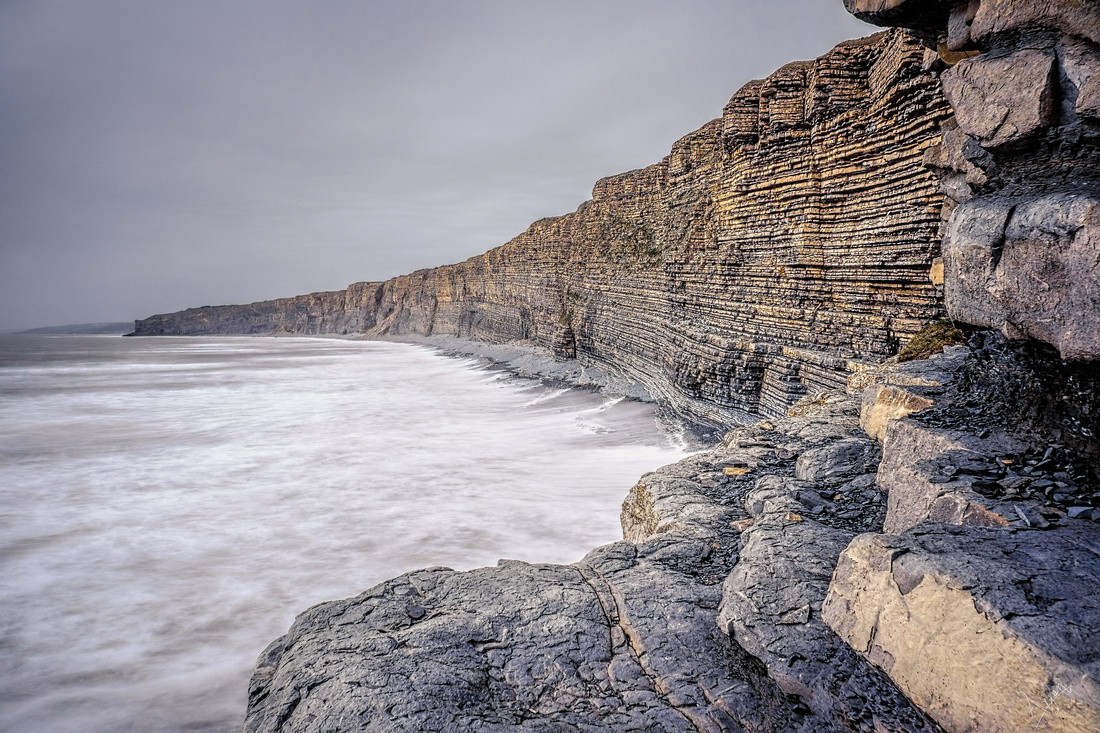