So said the bard, and so it happens often when planning a photo excursion. I've been to Elan Valley once before - last year - for the Dambusters walk with one of the rangers. I'd made up my mind then that when I came back it would have to be an overnight stay because Elan valley is a dark sky zone, and with the dam towers forming the perfect foreground subjects it would be the ideal place to take some astro shots of the milky way. Alas, Mother Nature doesn't always play ball, and this was one trip where I had to improvise. It was overcast with a persistent drizzle and although the wind wasn't exactly gale force, it made its presence felt.

But I'm not one to complain, and least of all when stood in such enchanting surroundings such as Elan Valley. Snowdonia, the Pembroke coast and the Brecon Beacons are of course the most famous of the national parks in Wales, and with good reason, but there is a quiet beauty to Elan Valley that makes it one of my personal favourites. There are no major peaks, most would be classed as hills really, but size is not the only thing that conveys a sense of majesty.

As we drove along by the reservoirs this strip of beach with a green border along the waters edge caught my attention, and the lone cottage perched halfway up the hill completed the picture! 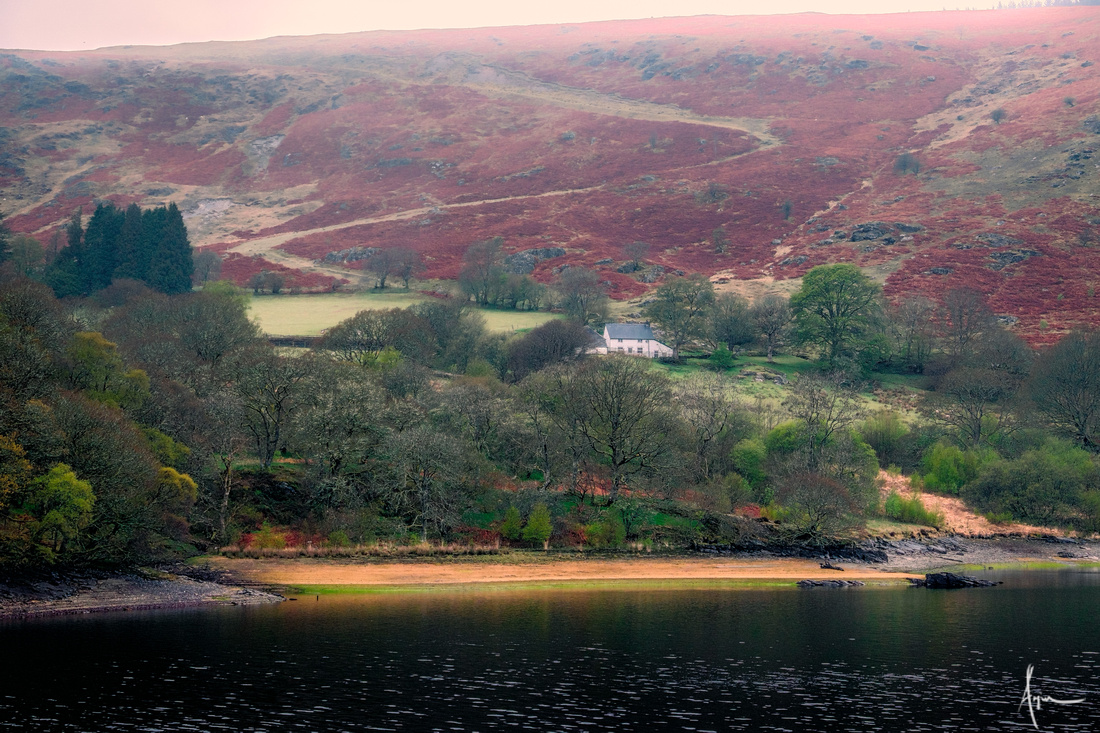 Unfortunately the weather looked like it was going to get worse so we decided to head to the Gigrin Farm in Rhayader to watch their famous red kite feeding session that takes place at 3pm every day through the summer (2pm in the winter). You'd be forgiven for thinking what all the fuss is about a few birds being fed, but trust me, watching hundreds of red kites swoop, loop, stoop and occasionally pick-pocket an unsuspecting jackdaw - all from the relative comfort of a covered wooden cabin - is a lovely way to spend a drizzly afternoon! 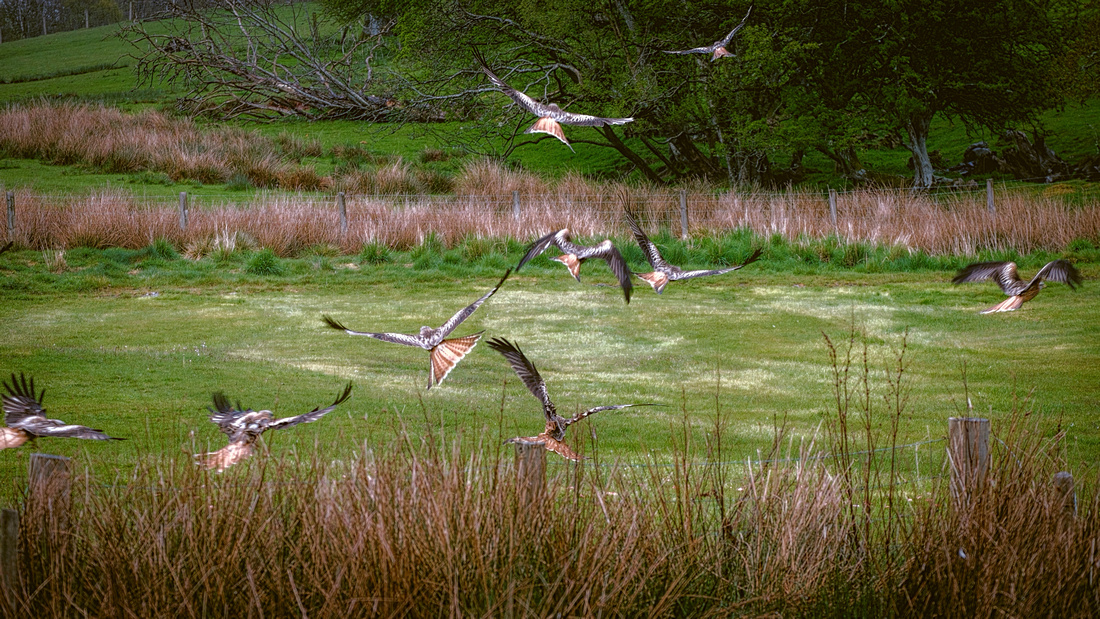 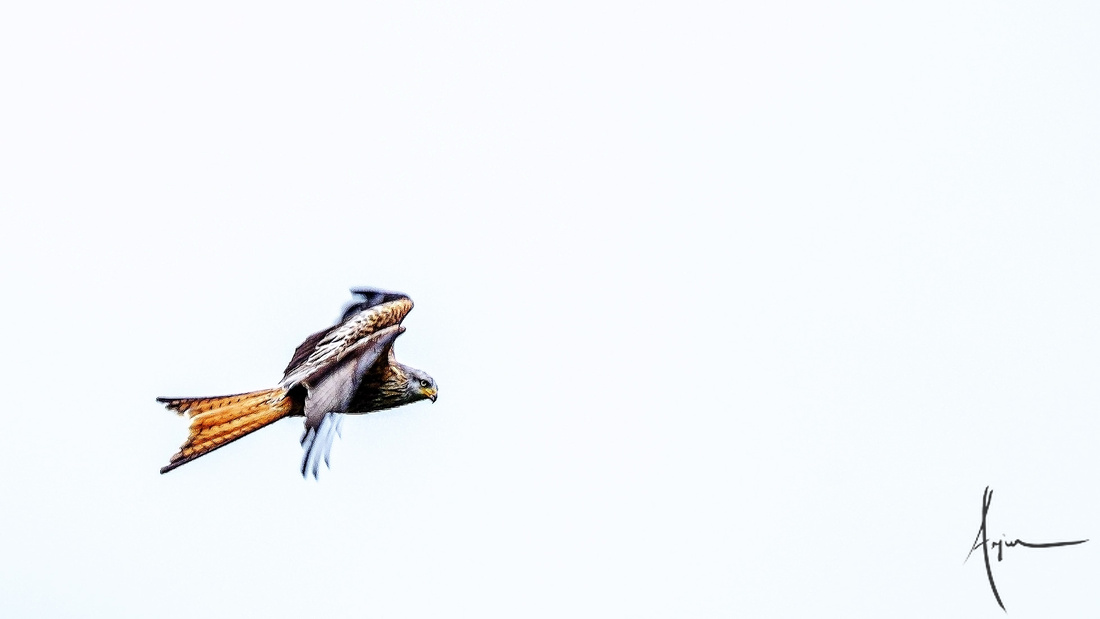 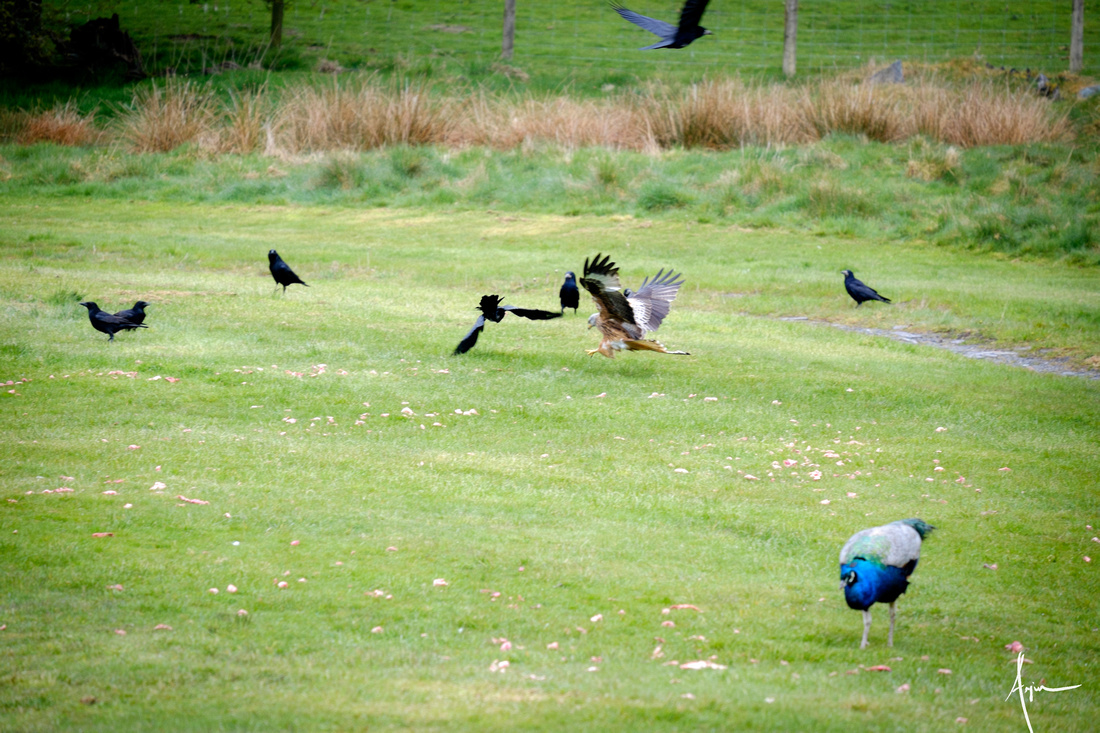 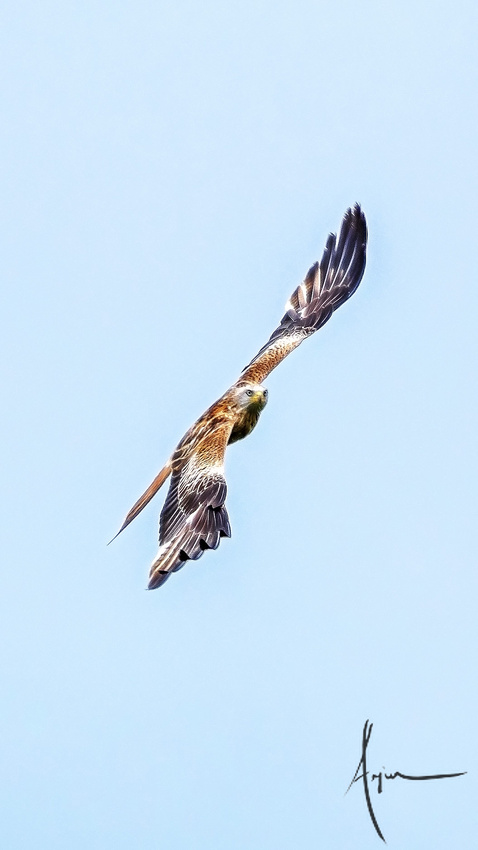 Not to mention the resident cat trying to get in on the action... 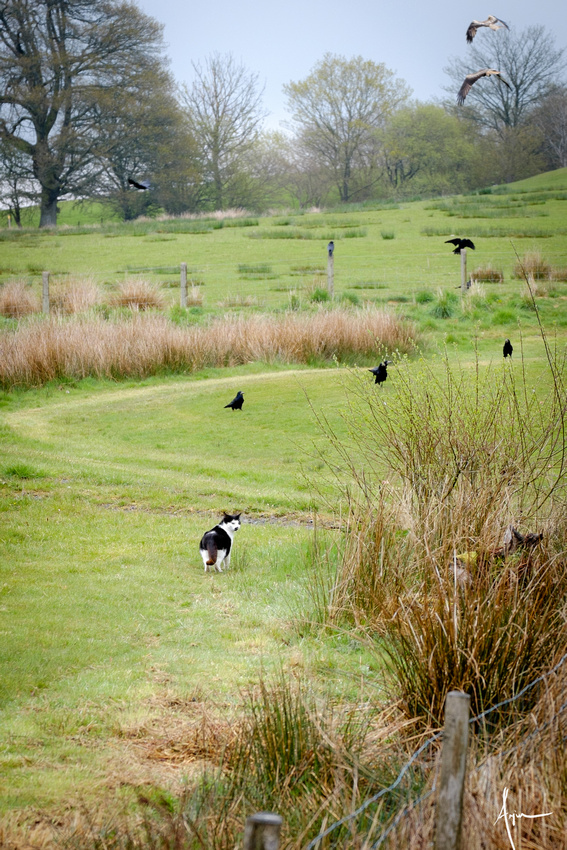 Getting in on the act

We did end up staying overnight, only because we had already booked the hotel, and unfortunately the overcast conditions persisted. The upshot was that I could not so much as glimpse a single starry twinkle. Day 2 was not much better, but then sometimes you just need to have some vision. The reservoirs in Elan valley are dammed and provide most of the water to the entire county of Birmingham and its surrounds. But my interest was the dams themselves, and specifically the towers on some of the dams which have an almost iridescent aqua blue top. Against the muted dark heather and varying greens of the surroundings hills I knew these would look great. At Garreg ddu dam I found the composition I wanted, but as always the RAW file doesn't always do a scene justice. I suppose this illustrates my previous post about how some photographers like to process their photos individually, so here's the raw material I had to build my 'dish': 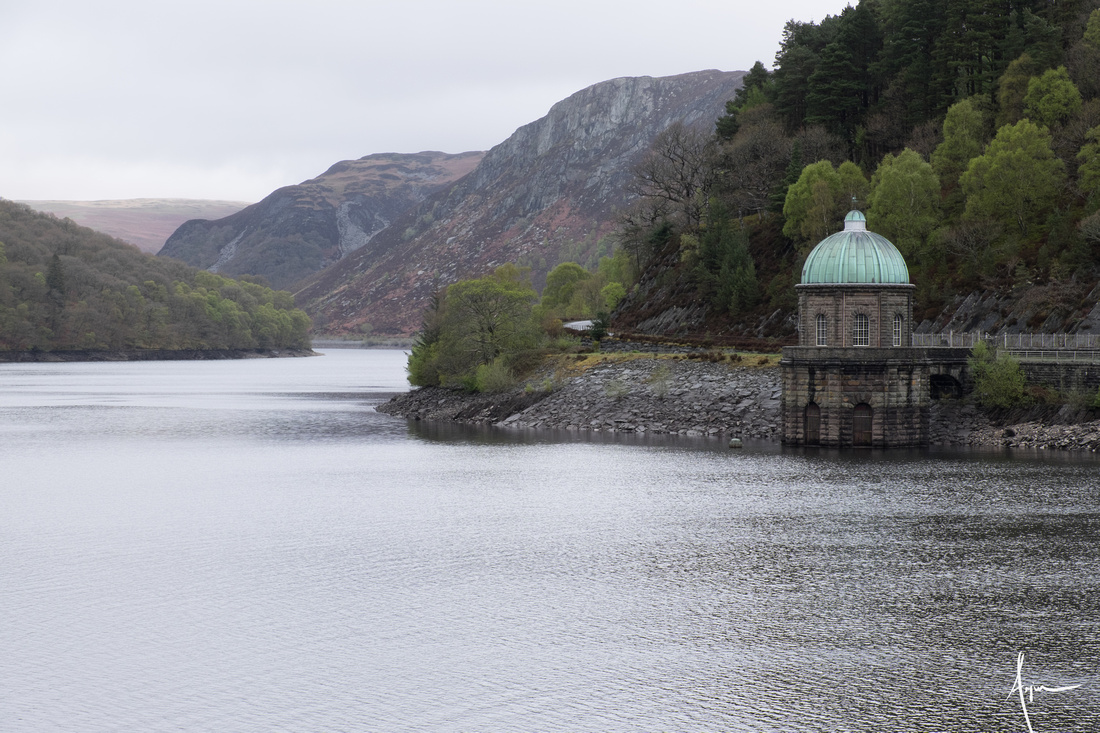 Not bad, is it? But bland, lacking any tone or zest. Which is why I compare it to raw ingredients, and why 'RAW' is such an apt name for the file type! Ideally I would have liked to put the camera on a tripod and take a long exposure to give the water more of a sheen, but the drizzle meant that it would have just been an exercise in frustration trying to keep my big stopper filter free of water droplets. So I decided to stick with this. Once in lightroom I set the white balance, exposure and tone to get the basic 'flavour' right before doing some 'seasoning' (sharpening and lens correction) to get to this stage: 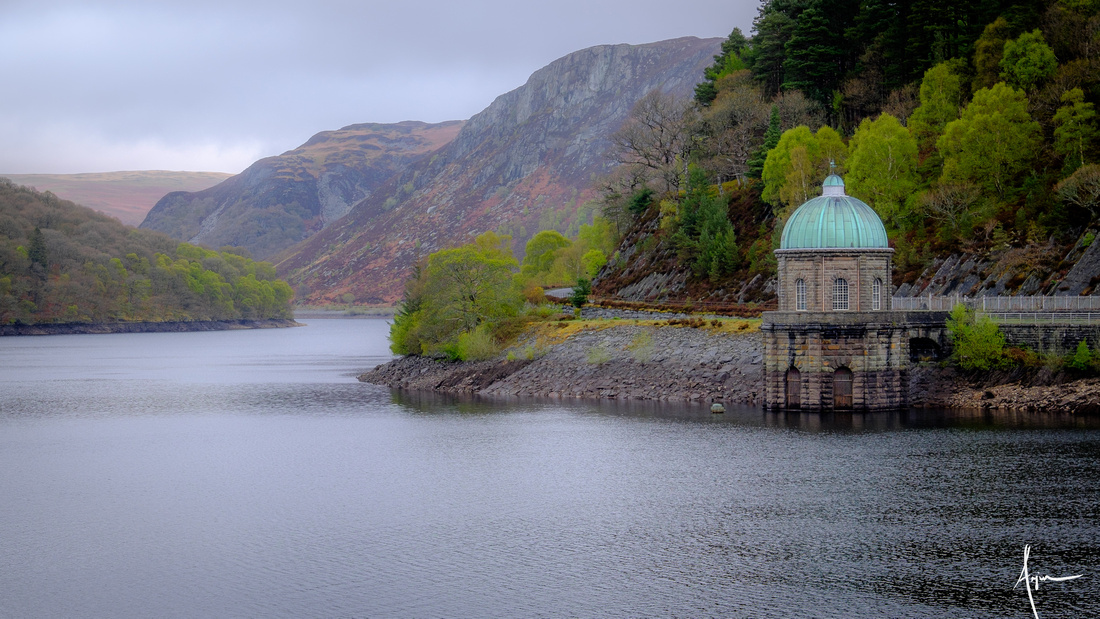 Better! This is close to what you would get if your camera processed the image for you, but not exactly. Most cameras would overexpose this image slightly because the subject is relatively dark (as you can see in the RAW image) , which would result in the sky being washed out. Anyway, some people would say I should stop here, but I wanted the aqua blue of the tower to really proclaim itself as the centrepiece, and I also like to colour-correct shots like this to give it the proper mood. So I used my 'special ingredients' (Topaz lab filters) for the final flourish. The difference is subtle but effective, I think, and comes close to what I envisioned: 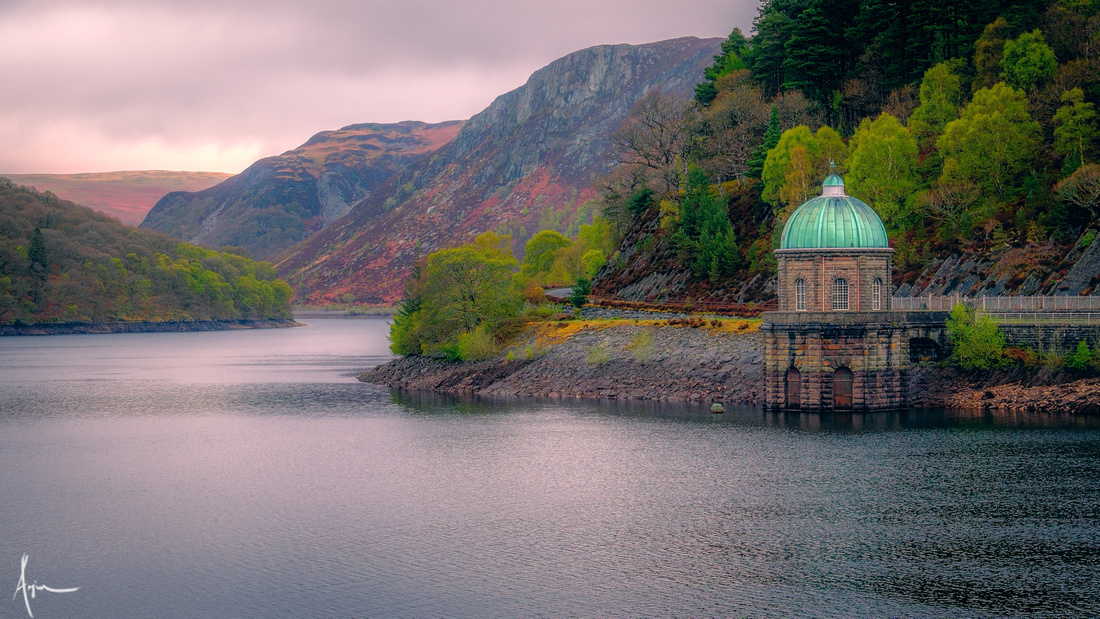 What do you think? As always art is subjective so think what you like, but if you stopped to look at it for more than a few seconds then I'll be happy!

Here are a couple more shots from the trip.. until next time we go to Elan, because this is surely not going to be the last time! 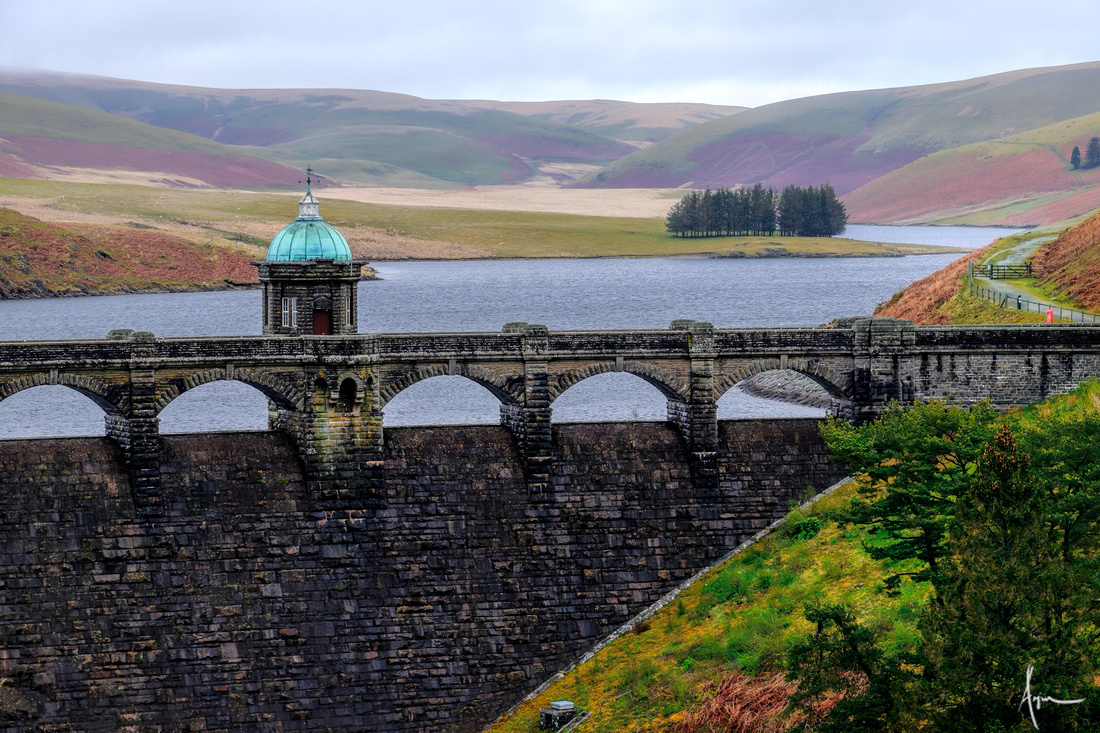 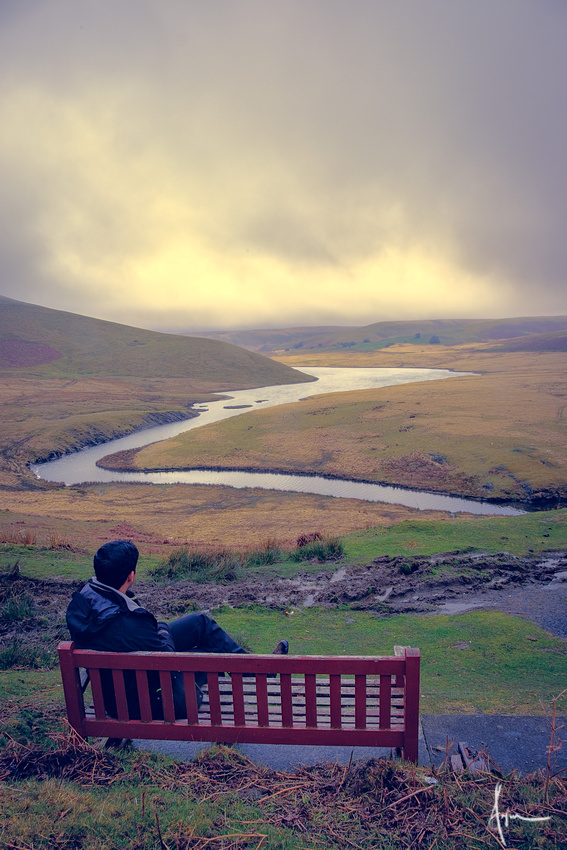